Albert Edigmar
Add Comment
Viral, Viral Gallery
A 14-year-old Chilean girl, Valentina Maureira requested the authority to put her to die by injection (euthanasia). She has been suffering from cystic fibrosis since she was 6 years old. Her brother also suffered the same disease and died at 6 years old. 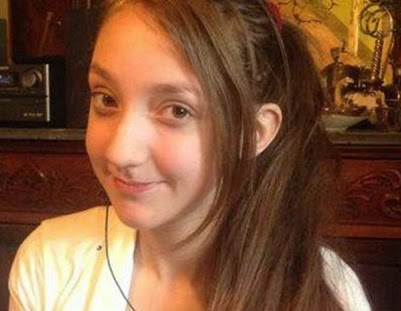 Cystic fibrosis is a life-threatening disease that damages the lungs and digestive systems. Cystic fibrosis can't be cured and can be only treated by antibiotics. This disease is usually brought by genetic (congenital).

The doctor estimated 3 years of her lifespan.

Tired of being sick, Valentina recently posted a video on her Facebook asking permission from the authority to put her to permanent sleep. "I am tired of living with this sickness," she says, "Please authorize an injection so I can sleep forever."

This message was heard by the president of Chile, Michelle Bachelet, who immediately came visiting her at last Saturday. Bachelet did not grant her wish, instead she gave her support to don't give up.

Bachelet also promised to pay every hospital bill to ease her parents from being stressed.

Her father said that Valentina has also been suffering from nausea and headache, and he's waiting for a lung transplant.

Presidential spokesman Alvaro Elizaldo said that the health ministry is in touch with her family and will provide all the emotional and psychological support and medical treatment. He also explained giving euthanasia is illegal in Chile.

Title : A 14-year-old Girl's Request to Die by Injection Goes Viral
Description : A 14-year-old Chilean girl, Valentina Maureira requested the authority to put her to die by injection (euthanasia). She has been suffering ...
Rating : 5