Sunbeam
1 Comment
Viral, Viral News
A one-year-old baby in Liaoning, China miraculously stayed alive for 10 days with a chopstick stuck in his nose without his parents and doctor noticed. The chopstick stuck in the nose and damaged his skull and brain, caused an infection due to late response.
Hang, the baby's name, was eating with his parents, then tripped and fell to the floor while holding a chopstick, making the chopstick went and stuck into his nose.

His parents immediately removed the chopstick by themselves off the baby's nose which made his condition becoming worse. The baby then was taken to the hospital after bleeding continuously.

For ten days at home, the baby had been still vomiting. After learning the baby's condition became worse, his parents took him back to the hospital for the second time. The doctor then noticed there were additional pieces of the chopstick lodged in his brain.

Eventually, the 6cm pieces of chopstick was successfully removed, the baby had to stay in the hospital for future treatment.

It is unknown yet whether the accident would affect his intelligence and future condition until he is older enough to be examined.
Tweet 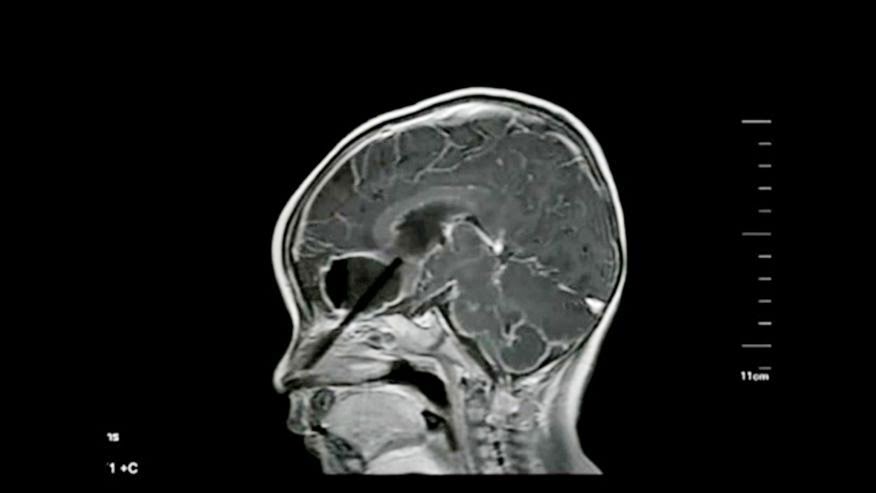