Men Falling from Airport Flyover after Hit by a Car 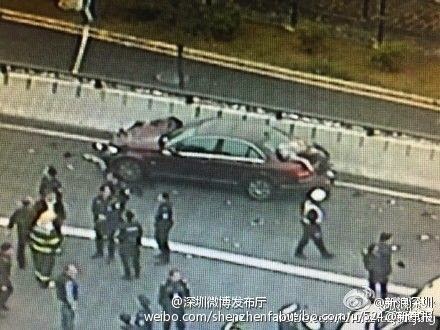 The accident started when a woman driving red sedan ran over several pedestrians near Terminal 3 of the airport, killing 5 on the scene and 4 at the hospital, and also injuring 21 others. 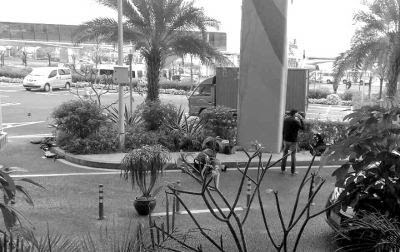 The 24-year-old driver said she lost control of her car after a car behind hers honking her multiple times demanding her to faster her car. She was nervous and losing control before hitting people who was watching plane take-off.

Some victims were thrown from the platform to the ground. From a parking lot close to the accident, CCTV caught the moment when two people fell from the driveway.

The airport promised to add signs and increase patrols in the future.
Tweet