Dio Ivanov
2 Comments
Your thought is wrong if you imagine that a hacker is guy with thick glasses, heavy smoker, long-messed-curly hair, rarely shower because most time of his life is in front of the monitor of computer.
The female hacker (cracker) from China, Xiao Tian, is a leader of the biggest Chinese Female Hacker Community named 'Cn Girl Security Team'. With more than 2.000 members, this group is standing on the front and laying on the biggest female hacker group chart in China or maybe even in the world. 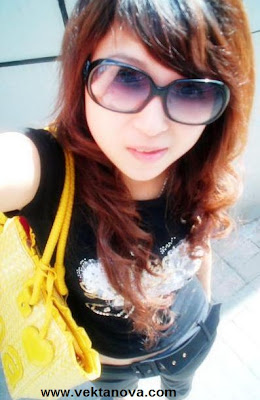 Xiao Tian said that she made the group because she feels that there is a place for teenage girls is needed, she also said that she need to make a place for girls to stand just beside hackermen who thinks that hacker women has not enough skill to break internet security defense.

Their mission is to get the celebrity status that carried by the hackers in China and opened up opportunities 'career' which is available tempting for a hacker who has a high reputation.

Slowly, maybe Xiao Tian and the group began to break hackermen dominance in the world of hacking.
Tweet
Title : The Chinese Famale Hacker
Description : Your thought is wrong if you imagine that a hacker is guy with thick glasses, heavy smoker, long-messed-curly hair, rarely shower because mo...
Rating : 5

2 responses to "The Chinese Famale Hacker"