Meaning and Differences between Windows 32-bit and Windows 64-bit

Dio Ivanov
1 Comment
But which better between them? It depends for what you use computer, if you want the computer to work more efficiently to increase speed, then you are suggested to use 64-bit version. But if you play games or use many different software, then you better to use 32-bit versions, because until now many games or software that only supports 32-bit version.
We often see Windows 32-Bit or 64-Bit if we are going to download a software on the internet. The terms of 32-bit and 64-bit are Windows edition.

Differences between them. basically refers to the technology of processing the computer process. Each has different way how the processor handle the information and using Random Access Memory (RAM) effectiveness. The 64-bit can address the data in memory better than 32-bit does, so 64-bit will be able to process data faster than 32-bit if they are compared in the same RAM size.


And also if you use many different hardware such as flash disk, game controllers, and so on, you are advised to use 32-bit version because a lot of hardware has only 32-bit drivers. In addition, you must install digitally signed hardware drive only on a 64-bit version to enhanced security of the computer. 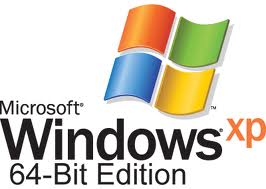 Title : Meaning and Differences between Windows 32-bit and Windows 64-bit
Description : But which better between them? It depends for what you use computer, if you want the computer to work more efficiently to increase speed, th...
Rating : 5